India is based on politics and Indian Politician playing a major role to run the country. As per the democracy, the Political parties and Indian Politician decide all the actions to be made at State, National and International level. The common people elect their representatives to look for them and their development and they wait for the work which the elected member will do for them. Though it is a good system to choose someone to hold the responsibilities but it doesn’t work that way. Gone are the days when the leaders were dedicated to perform his responsibility, but now the leaders don’t really care about the people who’ve elected them. The politics and the decisions made by Indian Politician are so important these days, while Human Life doesn’t matter. Not every Indian Politician is bad but a majority is. This time I came to show the Actual Image of some of the Indian Politician currently working.

Read about the ‘Real Image’ of Indian Politician Akbaruddin Owaisi is a politician based in Hyderabad and an MLA of the Telangana Legislative Assembly belons to All India Majlis-e-Ittehadul Muslimeen party. He is a member of the Owaisi family, the son of Sultan Salahuddin Owaisi and the younger brother of Asaduddin Owaisi. He completed his intermediate from St. Mary’s Junior College in Hyderabad and studied medicine for two years in Gulbarga but quit during his second year of MBBS course to enter politics. Amit Shah is a National President of BJP. He did his schooling in Mehsana and studied biochemistry at CU Shah Science College. He graduated with a B.Sc. degree in biochemistry. He also worked as a stockbroker and in co-operative banks in Ahmedabad. He was involved with the Rashtriya Swayamsevak Sangh since childhood. He was a leader of the student wing of the RSS, the Akhil Bharatiya Vidyarthi Parishad, in 1983 and  joined BJP in 1986, one year before Modi joined the party. 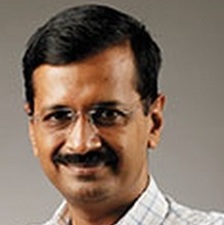 Arvind Kejriwal is an Indian politician who is the Chief Minister of Delhi since February 2015. He is the national convener of the Aam Aadmi Party. In 1985 he took IIT-JEE exam and scored All India Rank (AIR) of 563. He graduated from IIT Kharagpur, majoring in mechanical engineering and worked in the Indian Revenue Service as a Joint Commissioner of the Income Tax Department in New Delhi. 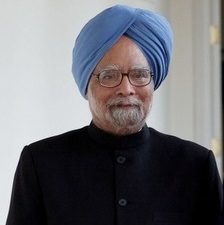 Manmohan Singh is an Indian economist and politician who served as the Prime Minister of India from 2004 to 2014 and belongs to the Indian National Congress. Manmohan Singh was also the first PM since Jawaharlal Nehru to be re-elected after completing a full five-year term. He got his bachelor degree in 1952 and master degree in 1954, standing first throughout his academic career. He completed his Economics Tripos at University of Cambridge and obtained his doctorate in economics from Oxford. During 1966–69, Manmohan Singh worked for the United Nations. Lalit Narayan Mishra hired him as an advisor in the Ministry of Foreign Trade which subsequently began his bureaucratic career. Manmohan Singh held several key posts in the Government of India over the 70s and 80s, such as Chief Economic Advisor (1972–76), Reserve Bank governor (1982–85) and Planning Commission head (1985–87). He is the most educated person in the politics today. Narendra Modi is the Prime Minister of India since 26, May, 2014 belongs to the political party, BJP. He is a Hindu nationalist and member of the right-wing Rashtriya Swayamsevak Sangh (RSS). He was the Chief Minister of Gujarat from 2001 to 2014, and is the Member of Parliament for Varanasi. Using his great efforts for the development of India, Narendra Modi has made a unique image among the people of India. Since the time he became Prime Minister, the number of contention are more than the number of work he has done. Despite his efforts for making India, he’s been believed to do nothing by almost half of the people and many of his action have caused troubles for common people. The other half people are true fans of Narendra Modi and called as ‘Modi Bhakt’ and they believe each and every action taken by Modi as a fate. Apart from the good qualities of the prime minister, he’s holding some of the criminal charges since he joined politics. Almost Fifteen Serious Charges detailed in Source 5 and 6 in the end of the article. Other than the criminal record, some negative popularity he got according to Google, as Google shows result in favor of him for the search made as

These facts can be checked anytime by anyone so when it comes to progress of Prime Minister, this comes with this too. Nitin Jayram Gadkari is an Indian politician and the current Minister for Road Transport and Highways and Shipping. He was the President of the Bharatiya Janata Party from 2010-2013.He completed M.Com. & L.L.B. from University of Nagpur. From 1995 to 1999, Nitin Gadkari served as the Minister of Public Works Department (PWD) of the Government of Maharashtra. He has served as the president of the Maharashtra BJP. Gadkari strongly supported privatisation while he campaigned for investments in infrastructure from private firms. 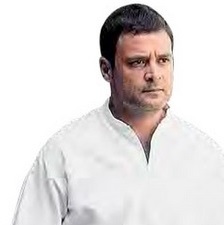 Rahul Gandhi is an Indian politician who is currently serving as Member of Parliament, Lok Sabha from Amethi, Uttar Pradesh. He serves as the Vice-President of the Indian National Congress party. He did his M.A. and M.Phil from Trinity College, Cambridge in 1995. He didn’t develop the image he wanted but the action taken by him sometimes not considered and a majority of people jokes about him or his actions. Yogi Adityanath was appointed as the Chief Minister on 26 March 2017. Adityanath is also the Mahant or head priest of the Gorakhnath Math, a Hindu temple in Gorakhpur. He completed his bachelor’s degree in Mathematics from the HNB Garhwal University in Uttarakhand. He left his home around the 1990s to join the Ayodhya Ram temple movement. Yogi ordered the forming of anti-romeo squads, he imposed a blanket ban on cow-smuggling, he imposed a ban on tobacco, pan and gutka in government offices across the state, more than 100 policemen were suspended by the Uttar Pradesh police. These attempts were somehow succeeded but had some of the opposite effect too. The people working for anti romeo squad were beaten, as they started to catch brother and sisters going together instead of love couple. The people working in legal cow slaughterhouse were beaten badly. Adityanath declared in his election affidavit a list of serious criminal charges related to

It’s a very short list of the Indian Politician as these currently working and the info is being taken from several sources given below. This post would be updated with more Politician or the other list will be published separated.